2011 May Have Been A Turning Point 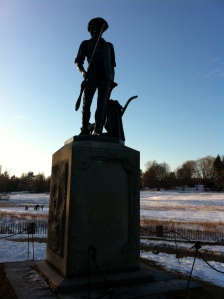 2011 May Have Been A Turning Point

Someday, 2011 may be seen as the turning-point year for the 28th Amendment to reverse Citizens United v. FEC.  There are real indications of a new, tough and rapidly growing American reform movement, one committed to non-partisan, or cross-partisan, renewal of our republican democracy that may surprise those who have not been paying attention.

Congress has noticed. At least ten Amendment resolutions with dozens of co-sponsors have been introduced in the House and Senate. Links to all of these can be found on the resources page here.

Nearly two million Americans have signed on to this movement. They are not going away, and they are organizing their friends.

After many tough years for America, a lot of seeds of renewed hope were planted this past year. With a lot of work and increasing resources, 2012 could bring surprising progress.

Jeff serves as President of American Promise, a nonpartisan national movement to reform and renew America's political system to combat corruption and secure freedom and equal opportunity for all Americans. He has practiced law for three decades in public service and in a private firm, and is the author of Corporations Are Not People: Reclaiming Democracy From Big Money & Global Corporations. He is also the founder of Whaleback Partners LLC, which provides sustainable financing to businesses in the local agriculture economy. Twitter: https://twitter.com/ClementsJeff LinkedIn: https://www.linkedin.com/in/jeff-clements/
View all posts by Jeff Clements →
This entry was posted in The book. Bookmark the permalink.